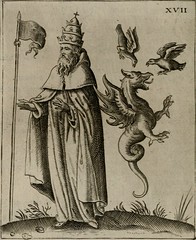 During the last few years, people in Britain have spent more on DIY and home improvement, both in terms of time and money, than ever before. More Britons have become owners of their homes since the eighties, and it’s understandable that home-improvement has increased in popularity as a result. Anyone with the money to spare can pay a professional to carry out home improvements for them, but often people who can afford to pay still choose to DIY.

DIY can be hard work, time consuming, and difficult to do without some specialist knowledge. Nevertheless, its estimated DIY spending has increased by three quarters since the mid-nineties, while spending on tradesmen fell ten per cent.

It’s obvious that for many people, DIY is important to them. As well as the obvious potential for adding value to a home, DIY allows us freedom of expression and helps people create a sense of identity. After all, our jobs have long been a key part of our identities, it follows that our homes should be too. For many, DIY is also highly satisfying, creating a sense of achievement.

None of this is crazy, but with falls in average house prices over the last couple of years, it’s important to question the value of DIY for potential financial profit. The time spent working on DIY might be better used to play in the park with the children, or cooking up a family meal, if it’s not going to pay for itself.

DIY isn’t for impressing others or trying to make money – it should be done to make a home a nice place to live, that is a genuine reflection of those who live there. In the modern world, where much is throwaway and short term, DIY can be a way of putting back a sense of the value of long term goals and achievement.